In March 2014 I wrote a blog posting about updating my LG Navigation system used in the leasing car I’m driving, a Hyundai i40 Stationwagon. This navigation system is used in a variety of models from the Korean brands Kia and Hyundai. A few days ago these brands have released a new software version for this system, version 7.5.8. As usual no changelog was provided, so it is up to the community to discover the differences. In this posting I’ll bring in my discoveries.

With the highering of minor release version from 7.4 to 7.5 I was expecting a bit more fireworks, but it looks like it is mostly bugfixes, adding bluetooth compatibility, etc.

If someone do find a new feature or trick, please let me know via a comment to this posting.

In version 7.4.5 I discovered in the secret dealer mode menu a new feature called MapCar Mode. In the comments of that posting people were questioning whether this would be a workaround to get free updates from Kia or Hyundai. This answer is still not answered (and my leasing company is paying the updates anyway), but I did see something additional after upgrading from 7.4.5 to 7.5.8.

This was the screen of MapCar mode previously:

This is the same screen after applying version 7.5.8: 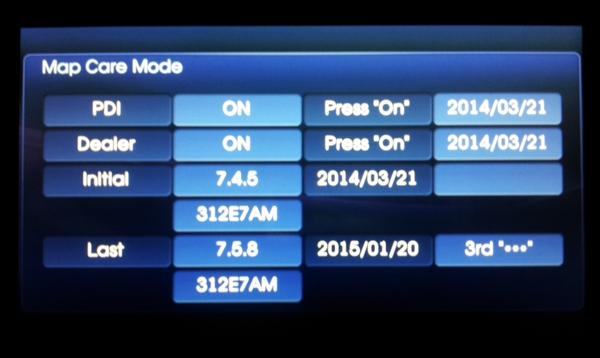 The tricky part is the change from 2nd “**” to 3rd “***”. This might indicate the amount of (MapCare) updates installed. Since version 7.5.4 I haven’t had any map update. I visited the dealer after upgrading to 7.5.4 and he was indicating that there was no update for my system available. He was a bit surprised about it.

This morning I was calling the dealer again for the map update. He will receive the single USB to update all nav systems from his customers end of January. I’m a bit doubtful now whether or not this new update will upgrade map version 312E7AM to a newer level. 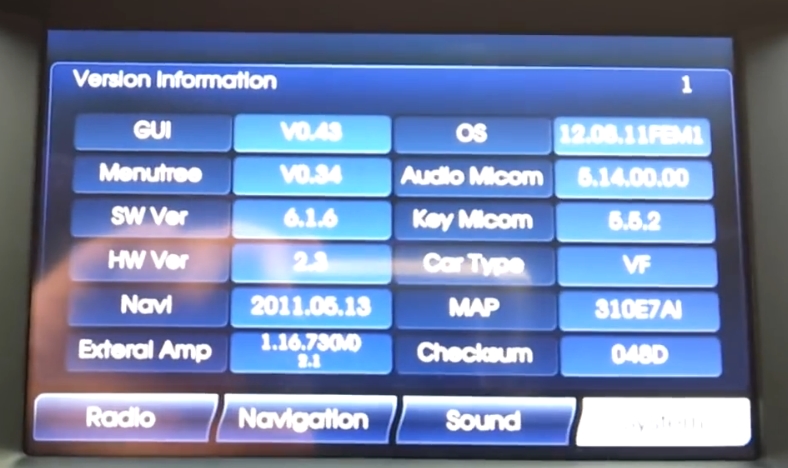 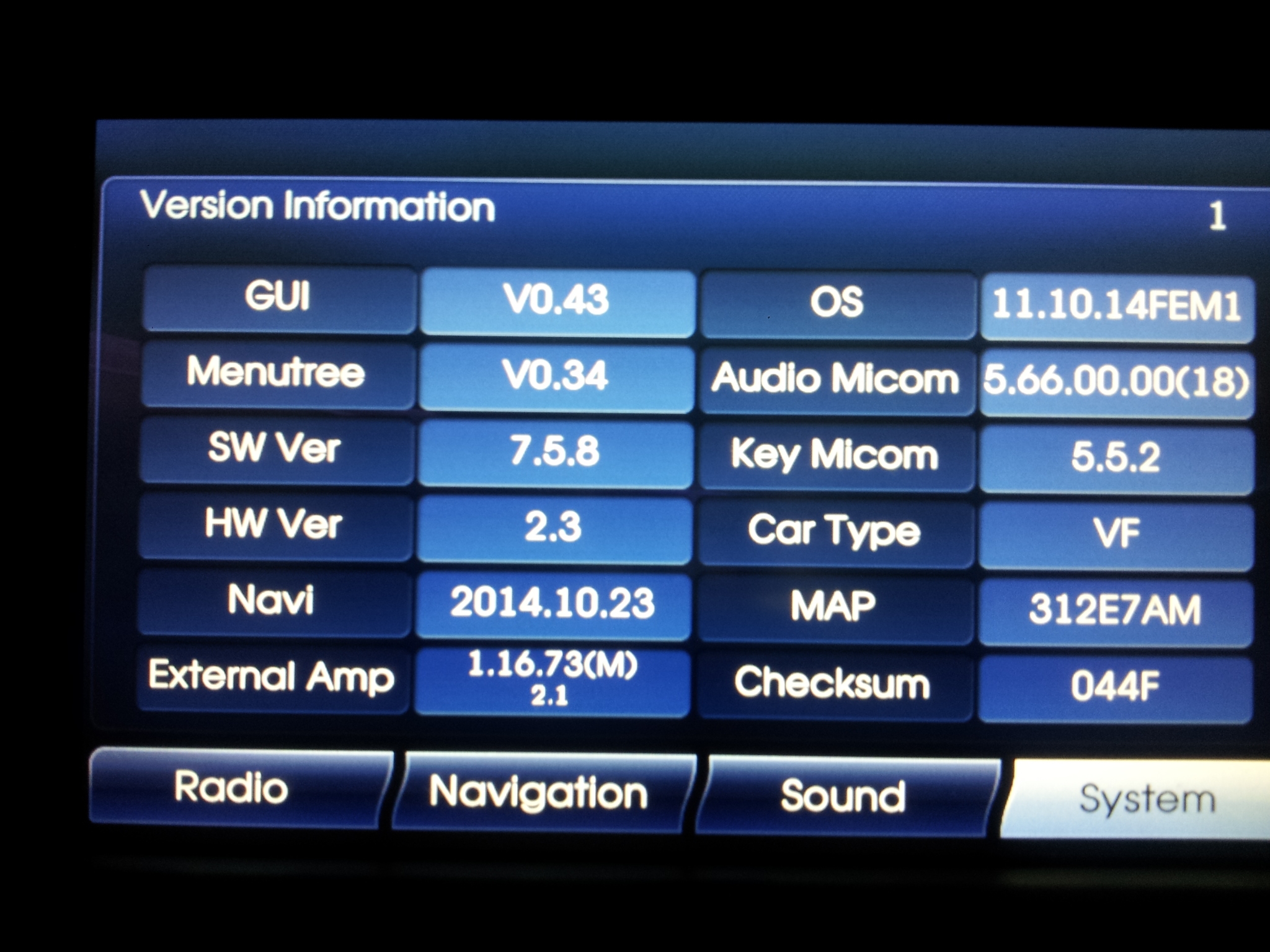 The item Car Type is also interesting. In my case VF is mentioned. This is the modelcode for i40. What do other owners have stated here?

The most interesting code to enter is 123456. This enables the test mode screens. There is however another working code: 253216. The following screen called Service Center Mode will be displayed: 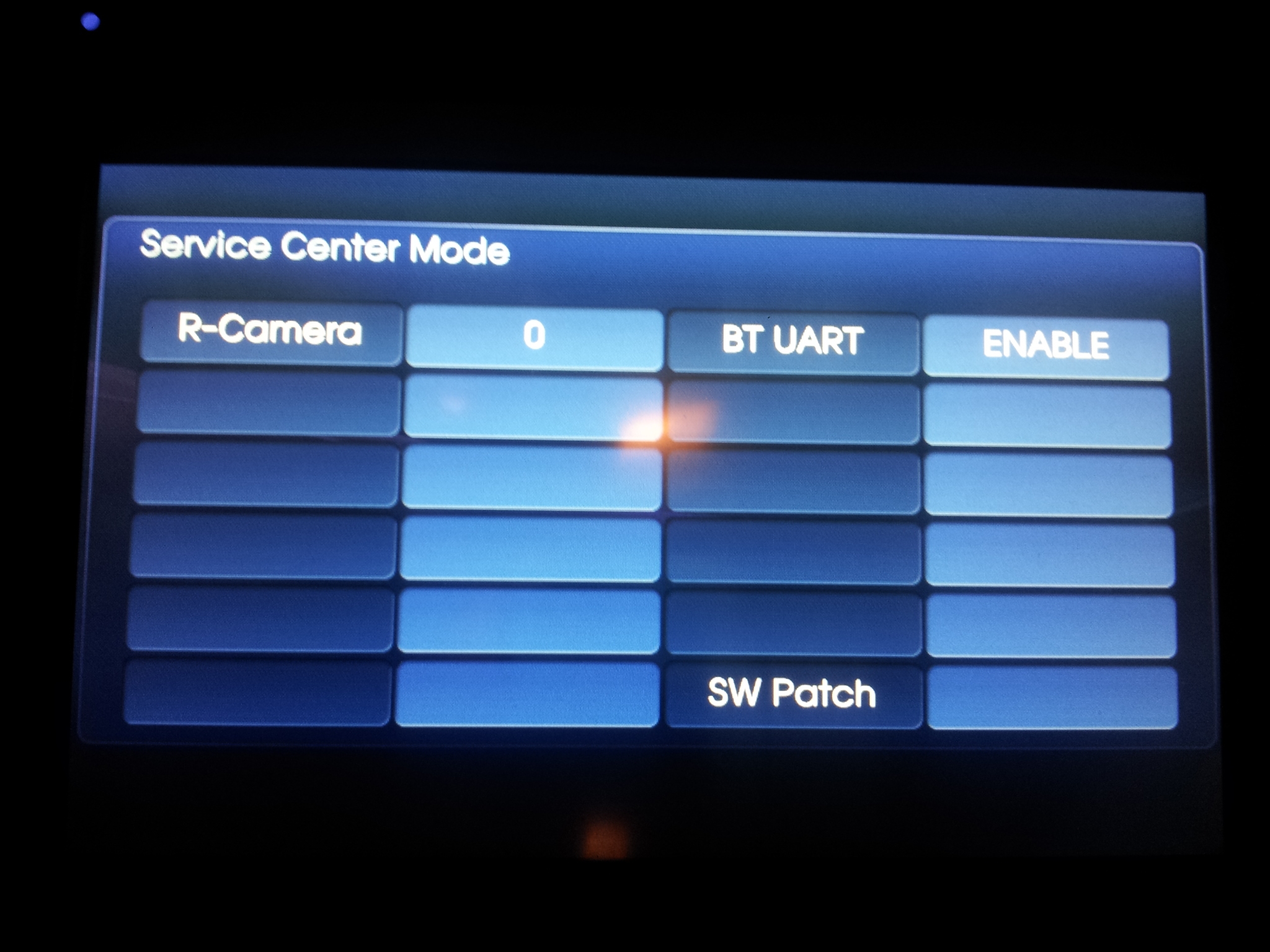 In my case this displays that my car is fitted with a rear camera system and a Bluetooth connection module.